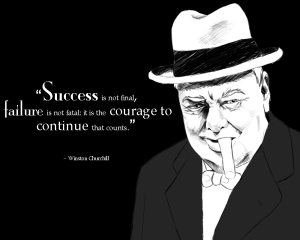 “Success is not final, failure is not fatal: it is the courage to continue that counts.”

Where Do You See Yourself in Five Years?

Quote of the Day 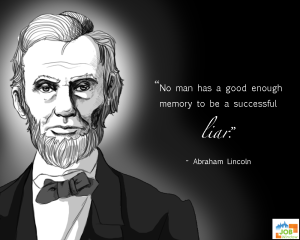 “No man has a good enough memory to be a successful liar.”

Be Aware of What’s Online

You’re probably already aware of this, but your life online is visible to everyone. You really need to keep in mind that when potential employers are considering you for a job they will more than likely check you out online.  A pretty full portrait of your life and personality is just a few clicks away for anybody to see, so you need to stay fully aware of what they’ll find when they look.

Are there are lot of photos of you drunk? Do you often go on longwinded facebook rants that oppose your future business place’s values? Any undesirable aspects of your personality on display online are things that can stand in the way of your future.

If there are things you don’t want everyone to know (including your employer, or your Dad or your Grandmother or your Dog – who literally believes you can do no wrong), then don’t post them. Just don’t do it. What a lot of people realize too late is how truly public their various profiles are, and what an undesirable first impression they’re inadvertently creating. Online is forever, guys. 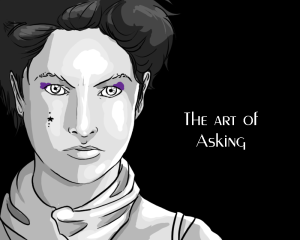 This TedTalk by self proclaimed rock star, Amanda Palmer, is a really enlightening take on asking, and the baggage that comes with it. Nearly her entire career has been based upon asking for help and receiving it.

This goes beyond the music industry – asking is powerful in any industry. If you are unsure how to progress in your field – ask.  Ask someone you respect. Ask someone who has done it. Ask them out for lunch, buy them a meal and gather all the information you can from them, and thank them heartily. You’re not weak, or wasting their time. You’re asking for their help – and they are willingly giving it to you. This is an equal exchange. You’re not cheating. It’s okay to ask for help. And it is okay to get help. That’s what people are for. Helping each other.

Jim Carrey was born to a middle class family in Newmarket Ontario. When he was a young boy, his father lost his job and his family moved to a low income area of Scarborough. His family went through many hardships, and he was forced to drop out of high school to work just so they would have enough money to live, and to take care of his chronically ill mother.

He worked in a steel mill as well as in a scientific testing facility before making it big.

Today, Jim Carrey is one the highest paid comedians in the world.

Carrey came from a difficult place – one in which many in his place would give up. But he pushed through – and not only that, he did it with a smile so big the world turned and looked. It’s inspiring that someone who came from so much hardship chose a career in laughter.

In his recent commencement speech, he imparted the words that kept him going:

“You can fail at what you don’t want, so why not take a chance on what you love?”

When you’re at work, you need to remember you’re being paid for every minute you spend there. So act like it. If you want to become indispensable, you need to keep in mind someone is giving you money to do what you’re doing. Don’t waste their money by wasting your time. You are expensive, make yourself worth the investment.

Don’t settle for nothing to do. If you’re done today’s tasks, start on tomorrow’s. Get a week ahead. A month. Clean – clean your desk area, clean your computer’s memory. Research how to do your job better. Ask your co-workers if they need help – and all of this is only AFTER you have insured you have done the best possible job on all your current tasks.

Write down ideas on how the company can work together to accomplish your goals better. Tell these ideas to the people above you. Show them you care. Show them you’re doing your best. Work late when you need to. Make everyone else’s life easier. Make your time worth their money.

Wondering what’s appropriate for the office? Find out!

You’re on your way to an important interview – you need to feel calm and confidant but you feel deflated and anxious! What do you do? Maybe our Interview Pump-Up Playlist can help! Click “Read More” to see them!

END_OF_DOCUMENT_TOKEN_TO_BE_REPLACED

thejobwindow
Create a free website or blog at WordPress.com.