A positive environment is the best thing you can give yourself to ensure success. Actor Jake Gyllenhaal knows this well. His advice to shut out the noise and focus on those who encourage you is smart. Just be careful you don’t take it too far.

When we aim to listen only to those with positive things to say, it can end up that we only listen to those who agree with us. We want everyone to tell us how right we are, and how well we’re doing. This can lead to tunnel vision and a disregard for helpful thoughts. It can lead to us shutting out helpful and constructive advice because we disagree with it.

Encouragement comes in many forms, and from many people. Friends, family and colleagues can all offer a pat on the back, an encouraging word or a point in the right direction. What it really comes down to, and Gyllenhaal points this out, is what you let yourself listen to.

The negative stuff can be hard to shut out, because often we worry it’s true. It rarely is. Get rid of those who only have negative things to say, keep those who are filled with encouragement. Figuring out what is helpful and what is harmful can be tricky, but it’ll get easier the more you do it. Negativity has no place in your life, just make sure you don’t throw out constructive criticism at the same time. 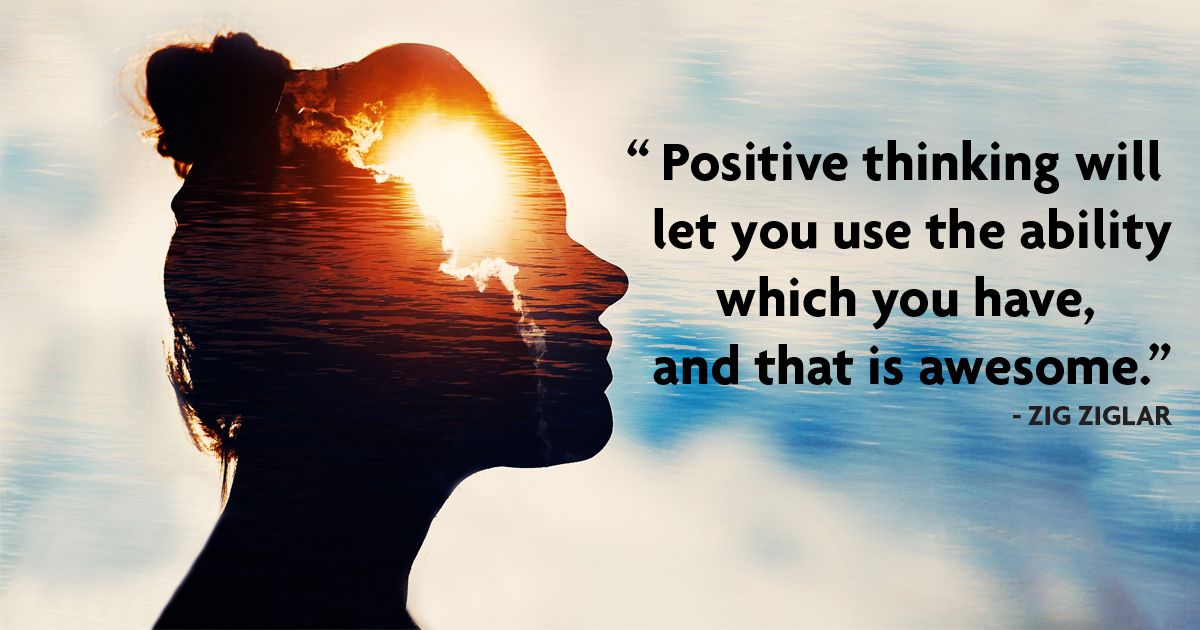 Many of us wish we were better. Better at our jobs, or better with certain skills. The surprising thing is, most of the time, we actually are better than we think we are!

How often have you thought “I can’t do this” before you’ve even tried? When it came to applying for a job, how often have you seen a listing and said “I’m not qualified,” then didn’t even bother applying?

So often our thoughts about a thing set us up for disappointment or failure before we even find out whether or not we actually had a chance for success. You absolutely don’t know what you are capable of until you at least give something a try – with an open mind.

A positive mindset opens you up to possibilities and a willingness to try even harder than your abilities might indicate at the onset.

Zig Ziglar was a salesman. An outstanding salesman. So outstanding he eventually worked his way up to Vice-President at the Automotive Performance company where he was working. Throughout his career he wrote numerous books about sales and selling and worked as a motivational speaker. Even after an injury reduced his short-term memory, Zig Ziglar continued to speak publicly and write books until his passing in 2012.

His books include “See You at the Top”, Zig Ziglar’s Secrets to Closing the Sale”, “Over the Top”, and “Success for Dummies”.

According to Zig Ziglar, thinking positively is the first step in unlocking your potential. Each one of us is stronger and smarter than we give ourselves credit for. A positive attitude opens potential. A negative attitude closes it down. If you already believe you’re going to fail you are  unlikely to push yourself harder and further. You will never see where your limit is. With a positive attitude you can exceed it.